I recently had a stage hypnosis show at a boarding school.  It was a gorgeous campus, made up of classic federal style buildings from the 1800's and newer contemporary buildings that glistened with glass that allowed the warm light of the interior to spill out into the cold January evening.  The campus was nicer than many colleges I perform at, which is often the case when I do shows at private schools.  They are places of great privilege and means.

There were about four hundred students at the show, and their enthusiasm was wonderful.  (It was a Saturday night in January, and the nearest town to the campus was a 15 minute drive away.  A stage hypnosis show would definitely liven up their weekend.) I gave my standard pre-talk to the audience, explaining hypnosis and debunking some of the most popular myths and misperceptions people have about hypnotism.  I then conducted my hypnotic induction, got twelve students who were well-hypnotized onto the stage, and proceeded to do my standard show.  It was well received, with lots of laughter and photos and videos being taken on phones to capture the memories.  By usual standards, it was a typical show.

But it didn't end like a typical stage hypnosis show.

As I was packing up my things and preparing to leave the theater, some students came to me and said that their friend was having difficulty walking.  "Was she in the show?" I asked.  They answered no, that she had simply sat quietly through the entire show, but upon leaving the theater she seemed groggy and sluggish.  This was not a surprise to me.

In my sixteen years of hypnotizing people for my stage show, I have seen hundreds of people go into hypnosis in the audience.  They are people who are curious about what is like to be hypnotized, but don't want to be in the show.  That's how discerning our minds can be.  One can allow oneself to be hypnotized, but reject all suggestions after being hypnotized that would end up getting you on stage.  The catch is that when this happens, the person doesn't always follow the emergence procedure at the end of the show, since they don't see themselves as part of the volunteer group, and then they end up still hypnotized after the show is over.

Since hypnosis is a natural state, there is no risk from being hypnotized.  Hypnosis cannot harm us in any way.  It's just a state of increased focus and narrowed attention.  When people are sitting in a darkened theater, listening to a hypnotist give suggestions for relaxation and enjoyment, they tend to become pretty low energy, which feels wonderful at the time, but then when the show is over, if they are clinging to that hypnotic state, it can be a challenge for them to get up and get moving again, since it feels so much better to just sit and relax.  So the description of the student as "groggy" and "sluggish" actually made sense to me.  She was super, super relaxed.  Nevertheless, I wanted to check in on her, so I started following the students out of the theater.

As I left the theater, another student came around a corner toward us.  "Where is she?" the friends asked.

"She left and went back to her room" answered the other girl.

"Perfect" I said.  "She can chill out in her room, and then when she goes to sleep she'll probably have the best night's sleep she's had in ages." When people are hypnotized in the evening, the shift in their brain waves often helps them fall asleep faster and sleep really well when they return home and go to bed.

That's not how it turned out.

When the young woman went back to her room, her friends kept talking to her about her experience, and the young woman wasn't talking back.  This concerned them, so they got the young woman on a video call with her mother.  The mother was asking her questions about what was going on, but the young woman would not answer, instead just staring at the computer screen.  This concerned the mom, understandably, so she called the school and had the student taken to the infirmary, where she was observed until morning.  Of course, nothing happened to her, because hypnosis cannot harm you, but the general public bases what they know about hypnosis on the way it's portrayed in movies and television episodes, which is always dark and dramatic.  I don't blame the mother for worrying about her kid; that's what parents do, but it's unfortunate that anyone had to go through stress and concern about this situation, because it just wasn't necessary.

Here's the bigger issue behind all of this, the reason I'm really writing about it: I'm seeing this kind of incident more and more often in my shows with young people.  It's important to understand that hypnosis didn't cause this incident with the student.  Hypnosis uncovered an existing issue.  Young people today are more stressed and anxious than ever.  They severely lack self-care skills.  When they get stressed, they are using avoidant strategies like playing games on their phones or browsing social media, but these are distractions.  They provide no actual benefit with regard to the stressed state.

So in the rare times when these students have an opportunity to be formally hypnotized, upon entering the hypnotic state they immediately feel a sense of relief, and often an urge to release their stress energy.  In the best cases, they sit quietly and enjoy the peace in tranquility.  In more uncomfortable circumstances for those around them, they will cry and vent out the stress energy.  This makes their friends, and faculty members, uncomfortable, and there's a tendency to think something's really wrong with them, when in fact what is happening is good for them.  That's how out of touch we have become with the emotional conflict of others.

I have more of these "incidents" at private schools than anywhere else.  I won't presume to know what is causing this, but I have one of these student experiences at one out of every three or four private school shows.  For comparison, it happens at one out of every ten public school shows, and one of every fifteen college shows.  And for further reference, those numbers are all more frequent.  Ten years ago it would happen half as often as it does today.

There is a certain amount of cultural commentary that I'm making here, but since this is a hypnosis training site, I do want the focus more to be on how this impacts hypnotists.  Stage hypnotists should be making note of the trends they see in their audiences, and adjust their practices when they can.  I work hard at making show an inspirational experience for young people.  I want their hypnosis experience to be so positive that they will then want to use hypnosis to improve their life somehow, in the future.  It saddens me when someone at my show slips into hypnosis and then has any kind of negative experience.  Since hypnosis is not mind control, I can't control this outcome 100% of the time, but I do want to find better and better ways of handling these interactions with people so that they don't end up scared of hypnosis and avoiding it for the rest of their lives.

Finally, if you're a practicing hypnotist, I think there's a silver lining to all of this.  This unfortunate trend can be viewed as a signal to all hypnotists that we have something to offer.  Perhaps by going into schools MORE and demonstrating hypnotism, we might be able to educate the broader public about hypnosis as a self-care tool and we could even develop programs in partnerships with schools to help young people better manage their stress and anxiety using self-hypnosis. 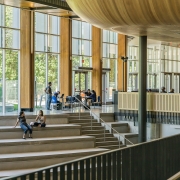 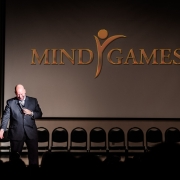 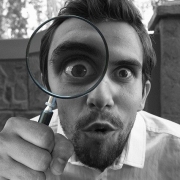 Learn to Hypnotize, Change Your Life 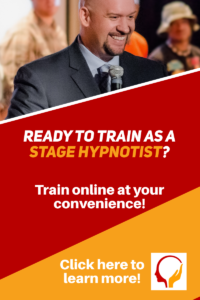